You are here: Home / Europe / Frescoes in Italy: Assisi

The first thing you notice when you are approaching Assisi is how beautiful it is perched in the distance. Then, after being welcomed in many languages on various electronic signs, you notice how beautiful it is right in front of you. Take note of how well manicured all the gardens are and how clean the sidewalks are. This my friend is for you, the tourist, the person who has come to visit the Basilica di San Francesco (St. Francis). 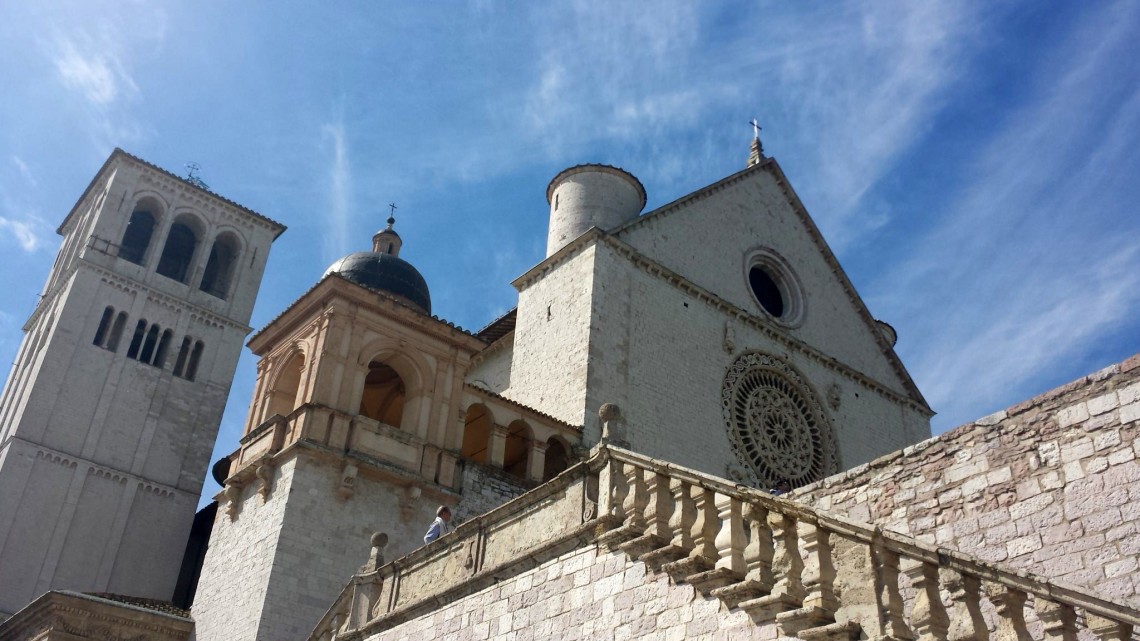 The building of Assisi’s pride and joy began in mid to late 1220s shortly after the canonization of St. Francis. He was secretly laid to rest here for fear his remains would be looted. The exact location of his final rest was only re-discovered in the early 1800s.

As you enter the nave of the upper basilica you are hugged by beauty. Frescoes surround you. There will undoubtedly be a tour group or a few in the space. Be patient as they will only look for a minute and move on. The upper section is believed to be the work of Giacomo, Jacopo Torriti, Pietro Cavallini, and Giotto (or not).

The lower section contains 28 frescoes of the life of St. Francis and art historians have quarreled for years if these are from hands of Giotto. Really, it does not matter. They are beautiful and exquisite.

In 1997 the upper Basilica was heavily damaged by an earthquake. Four lives were lost in the nave that day when a Cimabue fresco came crashing down. Walking through this space gazing up and around it is hard to not contemplate how the years of painstaking restoration following the earthquake may have forever altered for good or bad the frescoes. According to reports by the BBC over 300,00 fragments, many smaller than a fingernail, have been pieced back together. Photographer Ghigo Roli had just completed photographing all the frescoes inside the Basilica hours before the earthquake hit. His photos ended up to be priceless for the reconstruction efforts. Images of before and after can be seen in the book The Basilica of St. Francis of Assisi : glory and destruction.

Earlier this year I read an Artnet News article that referred to claims an Italian newspaper made that the frescoes were destroyed by the restoration process. There will always be a risk in preservation leading to destruction, but we must ask ourselves is the alternative, simply just allowing destruction to occur, a better course of action? 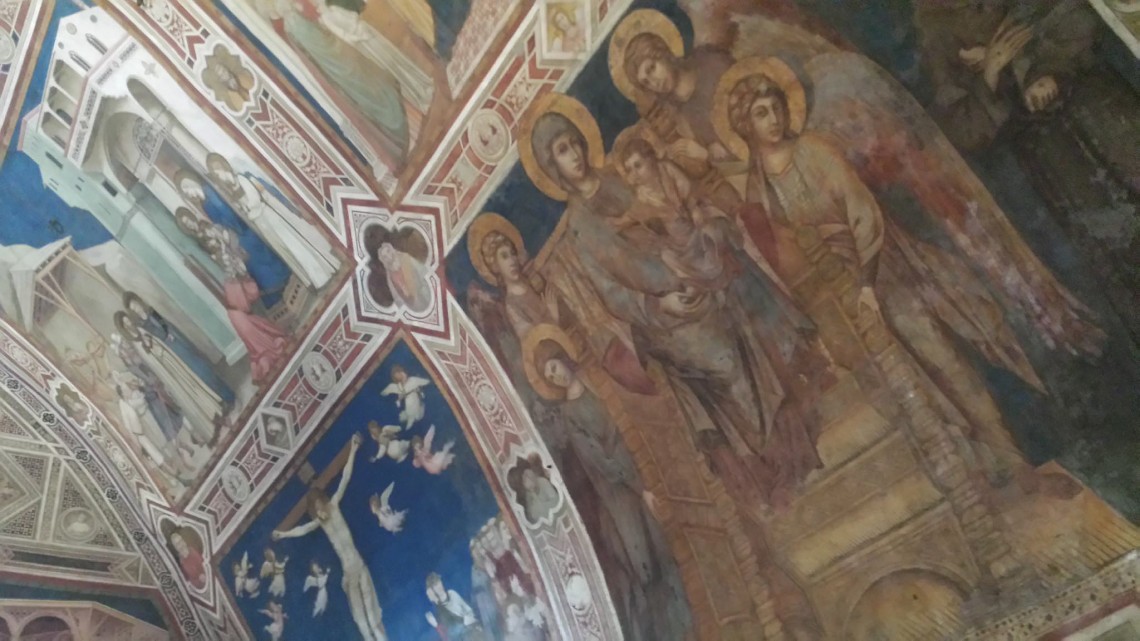 The lower basilica is outstanding as well. There are three entrances, one which brings you right in front of a magical wall. Giotto and Cimabue, side by side. Teacher and student. I often avoid places that are over-run by tour groups. Assisi is one place I will never avoid. If you plan to truly look at each fresco allow yourself half to a whole day to visit. To just breeze through and enjoy gazing I suggest budgeting 1 to 2 hours.